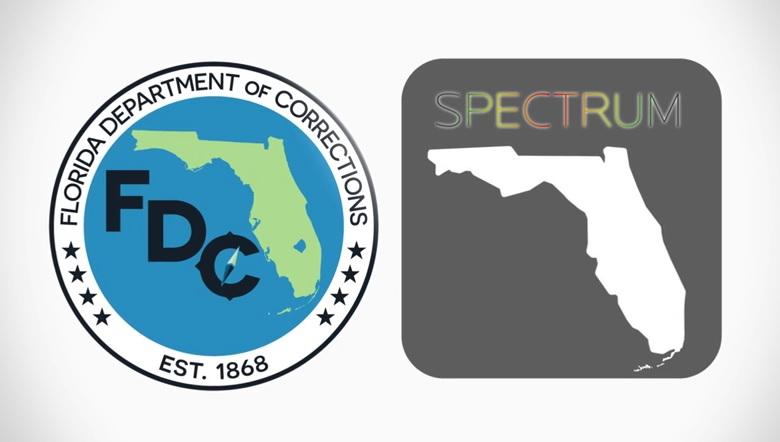 The Florida Department of Corrections is starting to implement a new program aimed at making sure released offenders don’t come back to the state’s prison system. Prison officials say Spectrum is a research-based program unique to Florida.

Let’s say your name was Joe. You’ve fallen on hard times. And, after committing a felony, you’re sentenced to five years in prison.  “In the past, an offender—such as Joe—would have been subject to a disconnected system that limited his potential rehabilitation. Today, Joe enters a correctional system focused on personal development, improvement, and readiness through science-driven treatment programs.”   Once the inmate arrives, they go through an assessment interview.  “During reception, the Florida Department of Corrections will evaluate Joe’s needs in seven different areas, associated with his likelihood to reoffend. These seven domains are 1) social awareness or anti-social personality, 2) criminal associates, 3) substance abuse, 4) family and marital, 5) wellness, 6) criminal thinking and attitude, and 7) employment or education.”  “And, so what was sort of a 5-10 day process has now turned into a month long process,” said Abe Uccello.

Uccello is the Director of Development, Improvement, and Readiness for the Florida Department of Corrections. He also leads Spectrum, which Uccello says is unique to Florida.  “Other states are doing risk and needs assessment, and they’re maybe using a home-grown tool or maybe they’re using an off-the-shelf product from one of the three or four vendors that exist out there,” he said. “What we’re doing is actually measuring the information and mapping programs and treatment to that information before, after, and during the incarceration process. And, that is unique to Florida.”

Uccello says Spectrum first started off as a pilot project. It began in January for those on probation supervision in three judicial circuits and then later circulated to parts of the prison system in March.  “In prison, we ran two separate pilots,” he added. “We ran one at Central Florida Reception Center, which is our largest intake facility. And, then, also at the Florida Women’s Reception Centers, so we could have a balanced approach for our female population.”

Partnering with Florida State University’s Center of Criminology and Public Policy Research, Florida prison officials have now started the process of implementing Spectrum throughout the whole prison system. Uccello says they hope to finish training everyone and having it fully operational by December 2017.

While everyone will be assessed, Uccello says officials plan to focus more on inmates who have the highest needs or highest risk of re-offending.  And, while they continue to monitor those from the Spectrum pilots, Uccello says prison officials don’t yet have complete data.  “Folks that come into prison have an average of about a four and half year stay,” he continued. “So, in the past six months, we haven’t’ had anyone go through the process and immediately leave.”

According to Prison Chief Julie Jones, a goal of the Spectrum program is to lower the inmate population—which is currently at 98,000.  That’s one of the goals incoming House Speaker Richard Corcoran set for the prison agency, at the end of this year’s legislative session—when Jones had asked for more funds to take care of understaffing levels. That issue also took center stage recently, when several North Florida prisons were on lockdown because of riots. And, Governor Rick Scott says he’ll make sure staffing is again a priority in his budget for next year.

“First off, I think Julie Jones does an outstanding job. I think she has really high standards,” said Scott, following Tuesday’s Cabinet meeting. “We’re proposing this legislative session to continue to help her make sure she can do her job. I want everybody who works at a prison to be safe, and that includes everybody who works in a prison and everybody that’s in these prisons. I want them all to be safe.”  Meanwhile, a new poll by the James Madison Institute and the Charles Koch Institute shows a majority of Floridians want state lawmakers to keep taking a comprehensive approach to criminal justice reform.